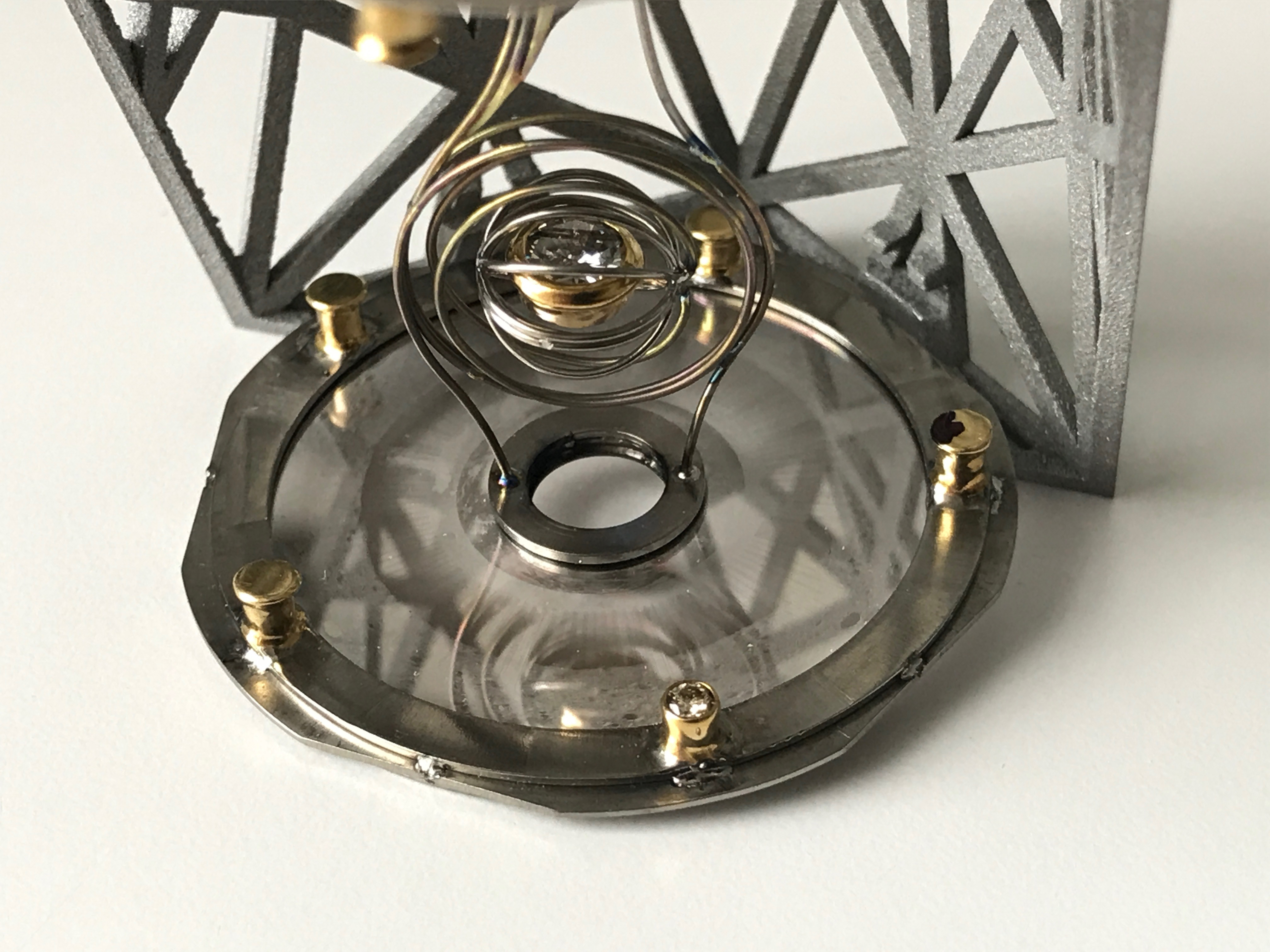 The Moon Ballet
by Andrew Kaiser

The music for the Moon Ballet performance is derived from a three-dimensional scan of the lunar surface moving from left to right translated into a musical form using software from IRCAM (Institute for Research and Coordination Acoustic) in Paris. 3:00

Diana’s Dance and Lullaby is a simple, gentle duo for violin and piano that takes the form of a gymnopedie (a la Satie) followed by a static lullaby, with a lively return of the waltz following on its heels. In thinking of what might be an appropriate musical response to our nearest celestial neighbor, Diana, Ancient Roman goddess of the Moon, came to mind, as did the nocturnal, soporific associations our satellite has for us here on Earth. In a poetic leap of imagination, we envision Diana dancing with us through space, and singing us to sleep. 3:05

Inspired by petroglyphs from the prehistoric era, C’Moon is the shape of a human footprint engraved onto a silicon surface, representing art landing for the first time on the moon; it has a strong relationship with the images of the first moon landing and also with my first nano artwork, Beyond the Pillars of Hercules (2007).
Dimensions of the footprint: 863 x 1266 nm
Material: Silicon (100), monocrystalline, native oxide
Dimensions of the silicon chip: 1 mm × 1 mm chip, diamond saw cut

Triangular-shaped silver nano particles that appear blue and represent the importance of the color blue to humanity. The triangular shape of the nano-particles references the tessellated pattern of the aluminum chambers.

Hologram of Nothing
by Lowry Burgess

The “Hologram of Nothing” was created in a large volcanic tube in the Bandera volcano in southern New Mexico near Elmoro where there is no traceable amount of light and there is only utter darkness. The Hopi Zuni consider these tubes to be the entrance to our unmanifest pre-existance and the place of the origin of the existing world and society. The hologram represents the perceived stark nothingness of the lunar landscape, yet recognizes that we may not have the capacity to understand the “something” that may be there.

Grain-sized sponge spicules, micro shells, and sea forms pulled from a handful of sand collected at Waimeia Beach, Honolulu Hawaii. The small collection of these natural forms represents our capacity to collect natural forms as things of beauty.