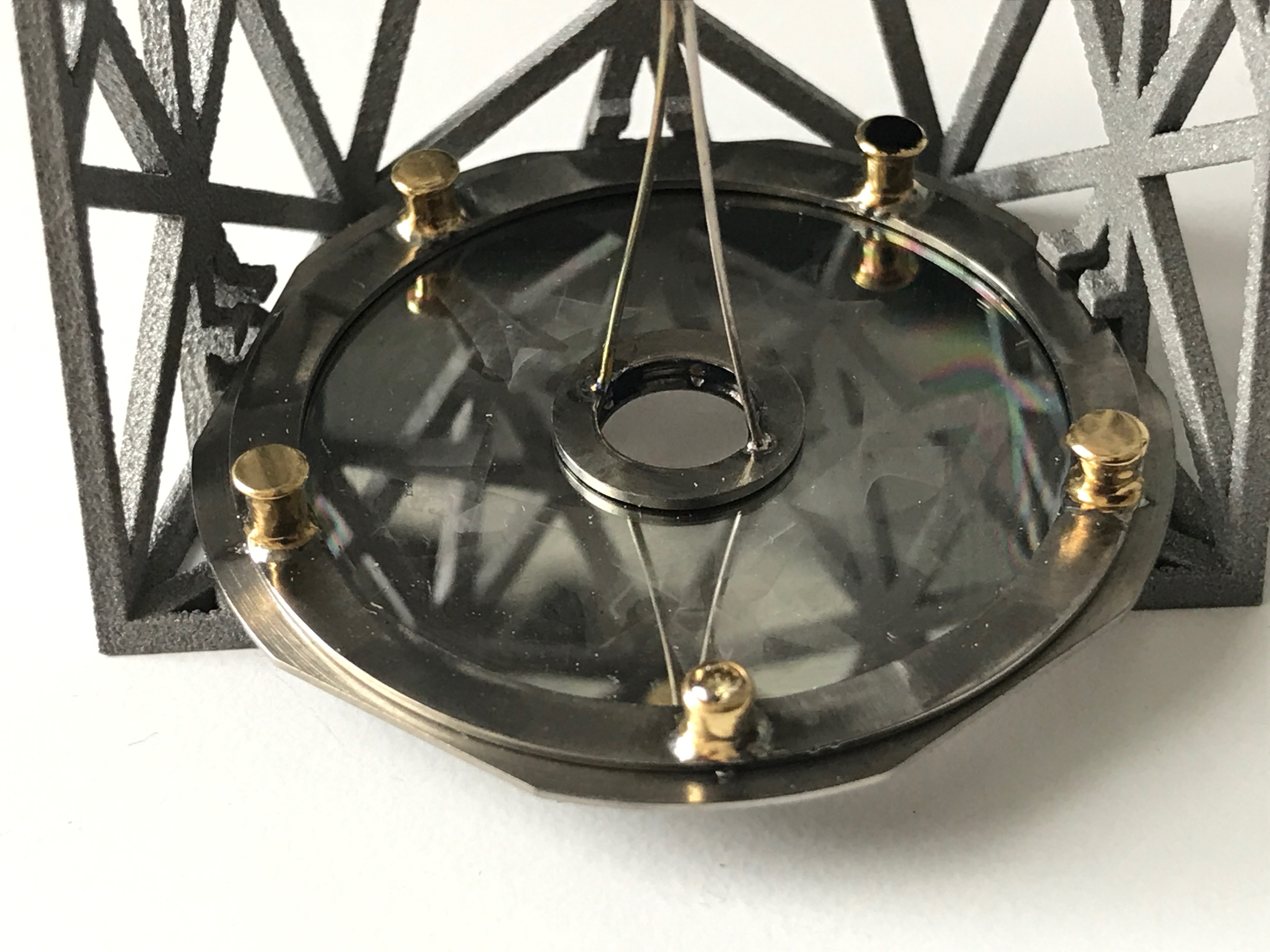 To the Moon / Moon Palace
by Yu-Cheng (Larry) Chang

To the Moon is a story of a little girl who wants to travel to the moon. Every night she looks up to see the moon and wonders, longingly, if she can go up there someday. One day, she had an idea: what if she could build a rocket herself and go to the moon? So, she gathers her toys and was finally able to build a rocket. She hopped on the rocket that went directly to the moon. The little girl finally fulfilled her dream. The Moon Palace comes from an ancient Chinese legend of the moon goddess Chang’e. Chang’e is the subject of several legends in Chinese mythology, most of which incorporate several of the following elements: Houyi the archer, a benevolent or malevolent emperor, an elixir of life, and of course, the Moon. In modern times, Chang’e has been the namesake of the Chinese Lunar Exploration program.  2:34

A custom fragrance that represents the reaching of the Moon to the Earth. With the Moon as the root mass for the tree, its branches reach out and form the Earth and all of its entities.

A transparent triangular prism optical element with flat, polished surfaces that refract light. A dispersive prism can be used to break light up into its constituent spectral colors (the colors of the rainbow).

Gold nano-particles formed as icosahedrons in reference to the Euclidean geometry of plankton. Gold is used for critical and high-definition electrical connections as it retains its conductivity because it does not tarnish or corrode when exposed to air.

The “Blackest Black” artwork sets the backdrop for the Metasphere – solemn and infinite. The nano structures of the work are an attempt to create the blackest black material in the universe and capture all light at all frequencies behind its infinite and boundless black surface. “I think we live at a point of extreme darkness and extreme brightness. Extreme darkness, because we really do not know from which direction the light would come. Extreme brightness, because we ought to have the courage to begin anew.” – Michel Foucault in dialogue with Baqir Parham, Tehran, September 1978

Synthetic regolith can be used to make high definition mirrors and other structures on the Moon. As a speculative project, NASA is exploring the fabrication of very large mirrors out of lunar regolith on the Moon’s surface to be able to see further into deep into space than we can with telescopes. Synthetic regolith from the U.S. and China space agencies is used here to express a wish that all space faring organizations could work in cooperation to move humanity further into space.