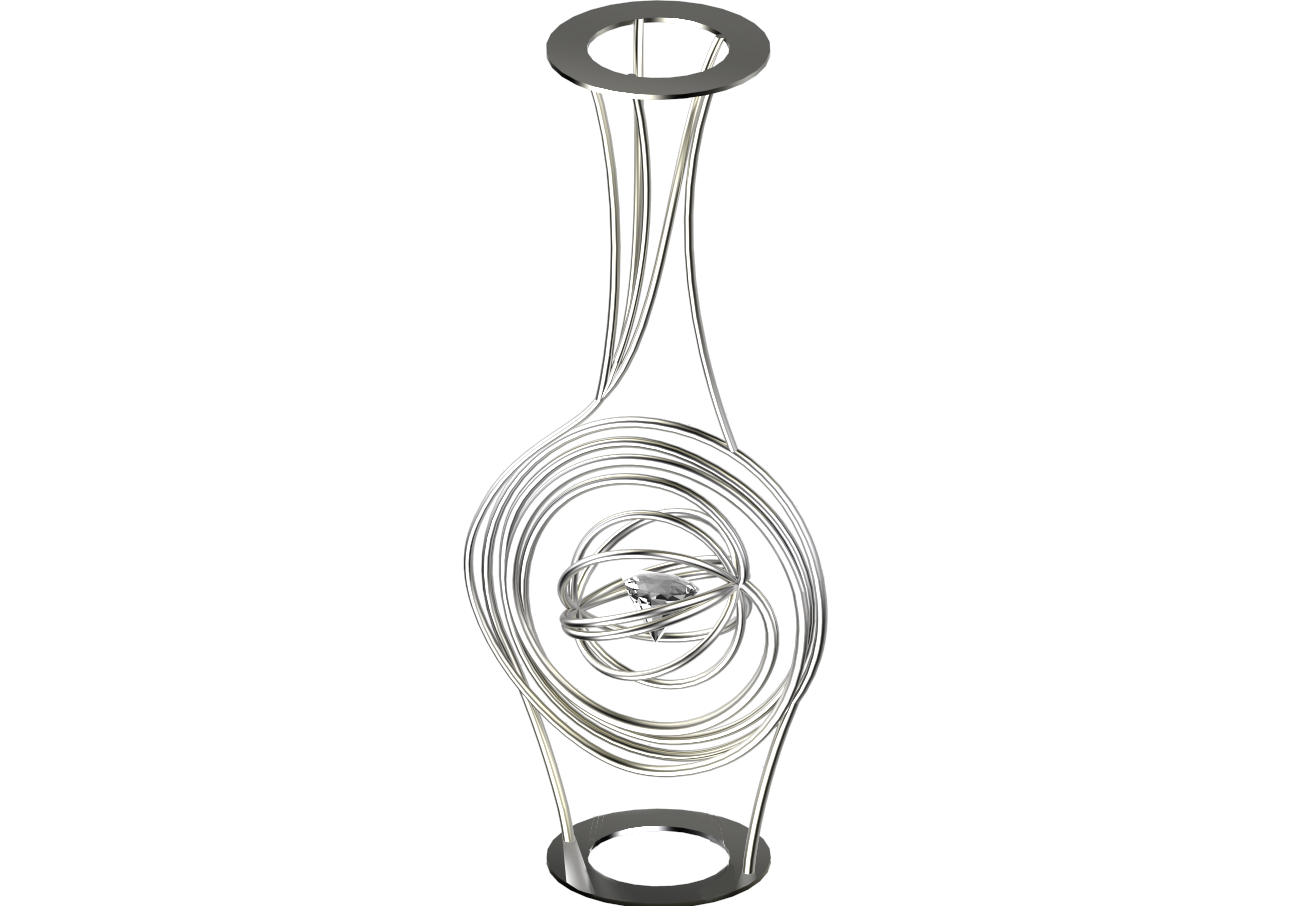 The Aspirations of Carbon: Stanchion III

In MOON, the flight-path reaches lunar orbit, and then lands at the pole (where the rover will land to look for water). The Moon is depicted with a 9.5mm sphere modeled in wire. Like the Earth, it is tilted according to the Lunar Orbital Plane. Using the Moon as a base, multiple flight paths depart the Moon heading out of the Earth/Moon neighborhood. The diamond is set in the center of the wire-frame sphere representing the Moon; our first destination, and departure point for greater exploration.