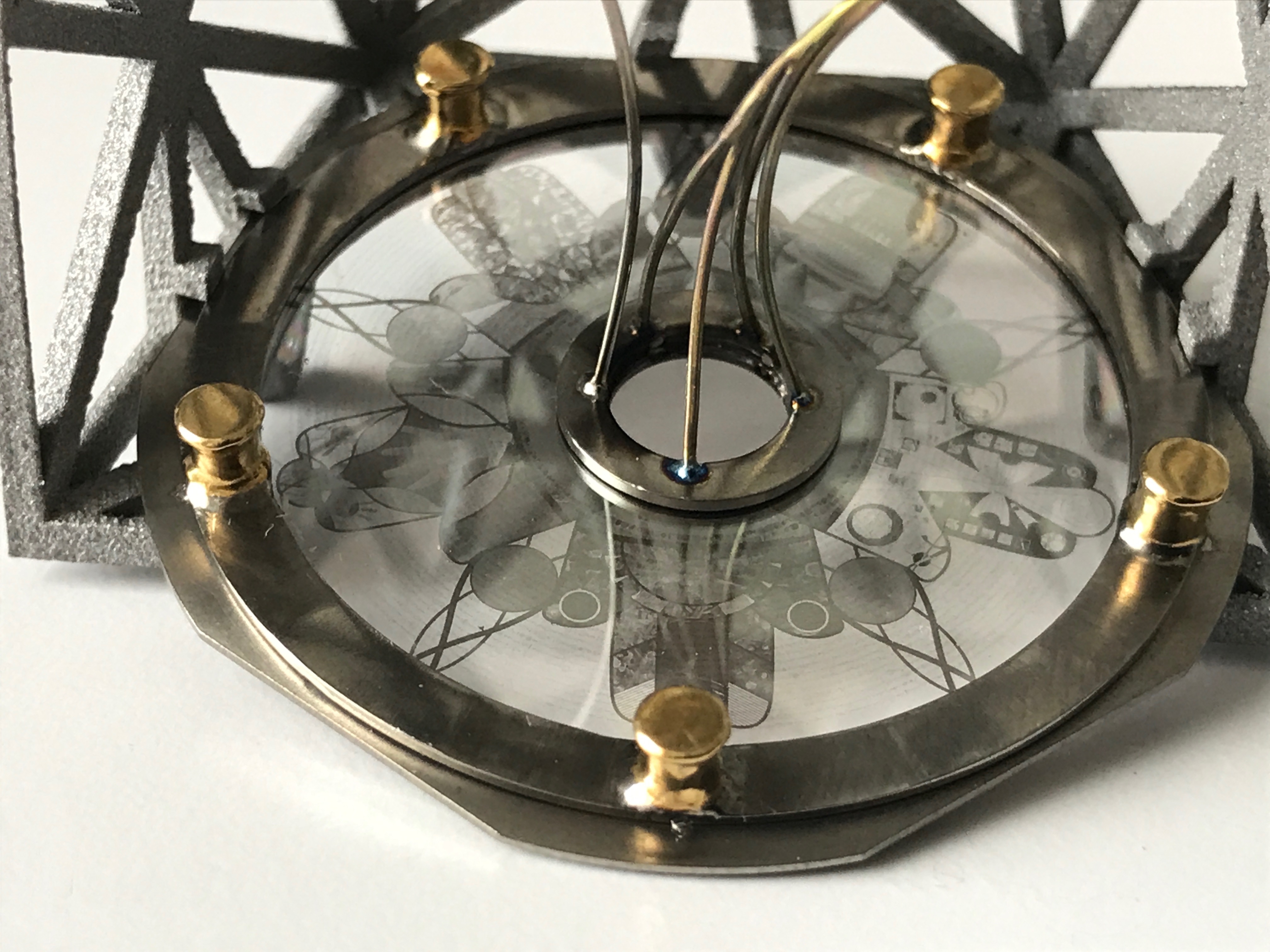 This piece uses a jazzy idiom to evoke United States Americana, as it was the American astronauts who were the first and only humans to land on the lunar landscape. 1:22

Blood Moon was co-written by the four members of the jazz-fusion band Eastend Mile. The band members started writing the music on September 27, 2015, the night of the final eclipse of the ongoing lunar tetrad – four total lunar eclipses in a row, spaced at six full moons apart. The moon appeared red, which was caused by the Rayleigh scattering of sunlight through the Earth’s atmosphere, the same effect that causes sunlight to appear red. 6:31

The Ballad of Lowry LaGrange is a lighthearted song for the MoonArk project that is a about the MoonArk project. The ‘Lowry’ of the title refers to Lowry Burgess, former Dean of the College of Fine Arts at Carnegie Mellon and one of the principal forces behind the integration of art, architecture, design and music on the lunar robot. 2:43

Structural color refers to metallic nano-materials that derive their pigment from the interaction of nanometer structures with light, rather than the absorption of light that occurs in most organic dyes. The light scattered by silver particles in liquid suspension, for example, can be various colors depending on the size, shape, and aspect ratio of the metal at the nano-scale.